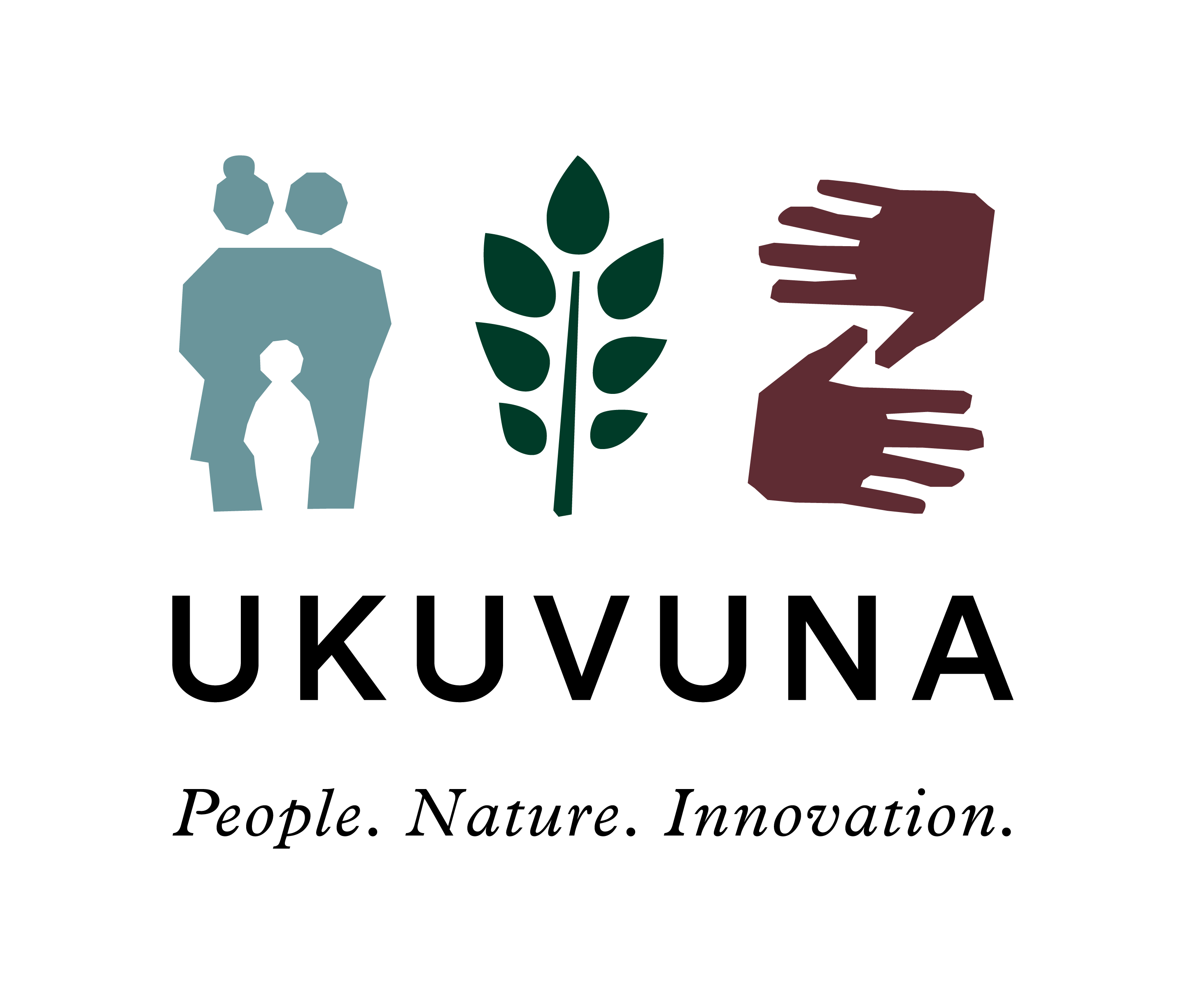 In the Makoni District, Manicaland Province, Zimbabwe, residents of 10 villages formed the Tikwiri Landscape Management and Documentation team and they are leading the process of regenerating their landscape. The area stretches over 20km2 and is in the Rusape river catchment area below the Rusape dam which forms 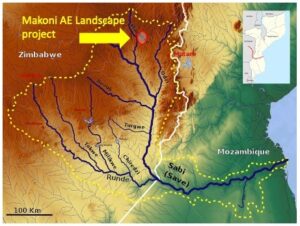 part of the larger Save river catchment area. It is located in Zimbabwe agro-climatic regions 2 and 3, with annual rainfall between 700 and 1 050 mm and sandy soil poor in organic matter. The landform comprises an almost flat to gently undulating interfluve with an altitude of between 1 215m in the south west and 1 300 meters above sea level in the northern eastern portions. 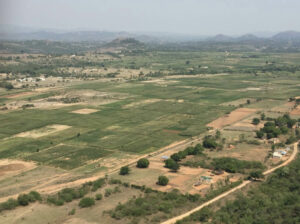 The area includes the Chiduku irrigation scheme of about 330ha in size which is used by around 2,400 people. The presence of the irrigation schemes means that there are both irrigated and dryland areas, which have different sets of problems. Farming is mixed with some tobacco and horticulture products as the main commercial crops.

The local leadership is the Tribal Authority under Chief Chiduku, with headmen Dzvairo and Mupambawatye also supporting the project.

Ukuvuna, a South African based organisation run by John Nzira, is working with FEET (Food, Environment Enterprise Trust), a local organisation to facilitate community processes, training and governance systems for the successful implementation of this landscape regeneration project. This is John’s home area, so he has a deep interest in supporting the area flourish.

Why regenerating this landscape in Tikwiri? 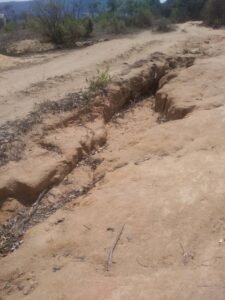 soil and water quality. These poor practices contribute to climate change and also do not help the community to mitigate against climate change. In combination with climate change, poor land use practices have become the most immediate threat to sustainable farming and food and nutrition security. In the irrigated area the soil has become very acidic as a result of the overuse of fertilisers.

It is of critical importance to stem the loss of biodiversity, as bio-diverse ecosystems, including bio-diverse agricultural systems, provide food, fresh water, and a balanced composition of insects, microorganisms and other living organisms; they also regulate climate and air quality; and pollinate crops. The poor in particular depend on biodiversity in their environment for their food, health, medicine and socio-cultural survival. In addition, the growing number of unemployed youths is creating a pressing demand for employment in the country at present and well into the future. The question this community is grappling with is: ‘Where shall employment come from when the biodiversity is lost, how shall we create sustainable interventions with limited resources at hand?’

As this area is located within the Rusape river catchment, the local landscape practices has an impact downstream on the ability of the river system to support many other communities and ecosystems.

What is the vision of the Tikwiri AE Landscape Project?

The community has a vision of facilitating better landscape management through community ownership, self-organisation and collective action rooted in social inclusion, and for this they have used processes like dialogues and participatory community mapping to ensure joint understanding of the challenges. Their aim is to further develop plan for the way forward based on local knowledge systems but supported by science and technology where appropriate. They are actively facilitating leadership for women and youth.

Their vision includes improved soil health; better water management and infiltration; proliferation of agroforestry and silviculture systems; improvement in biodiversity. The hope is that in the long term these changes will increase the viability of the area for agriculture that will in turn improve employment opportunities and livelihoods.

What is the process towards realising this vision?

A Participatory Action Research (PAR) training focusing on social inclusion for marginalised groups in the context of Landscape Management led to the development of a workplan aiming at addressing the environmental challenges identified in the area. An inclusive landscape management committee was established to coordinate the regeneration work. Central to the success of PAR processes was the forming of a Documentation team comprising of youth. This documentation team is responsible for collecting data, processing it and reporting back findings to the rest of the community for purposes of improving decision making. It received further training to be able to fulfill this responsibility.

Once the vision and action plan were developed through participatory processes, the community and FEET became very active in putting it in action. They consulted with scientists to do a

soil and water analysis and could then make recommendations for the management of soils under irrigation and for the improvement of soils in the dryland areas. 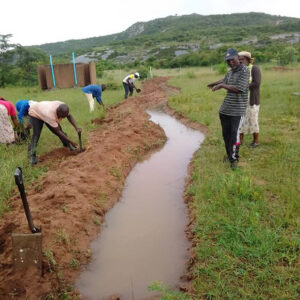 Training workshops on afforestation, water and soil conservation and other agroecology practices were organised with an effort to include youth and women. They are now spreading the work on their own.
Several nurseries were established. Gabions, micro dams as well as swales were built to stop erosion and conserve water. Tree and grass planting projects were initiated. By February 2022 over 600 trees, a mixture of macadamias, dragon fruit and indigenous trees and over 5000 splits of Vetiver grass were planted.

Young leaders have been groomed to take the lead in landscape management. FEET put together a booklet with information in the local language which farmers could use to teach each other on AE Landscape management. They also worked with schools to encourage good land management and tree planting. Traditional leaders and healers are in the process of developing a booklet on bylaws that guide the management of the natural resources and the commons.

What have we learned so far in this project?

The Tikwiri Management team have realised that they can influence policy by collaborating closely with government, including the Department of Soil and Water management, Community Development and Extension Services Agritex. Politicians sometimes try to take advantage of people’s efforts for their own political gain, but if they are empowered the communities recognise this.

Once they have received training and the right information, the community and youth are driving the programme themselves as they now have the tools to do their own analysis and find the appropriate solutions, and have developed confidence from creating a positive impact on their own community.

An emerging challenge is that the work is spreading fast and FEET does not have the resources to document and share fast enough.