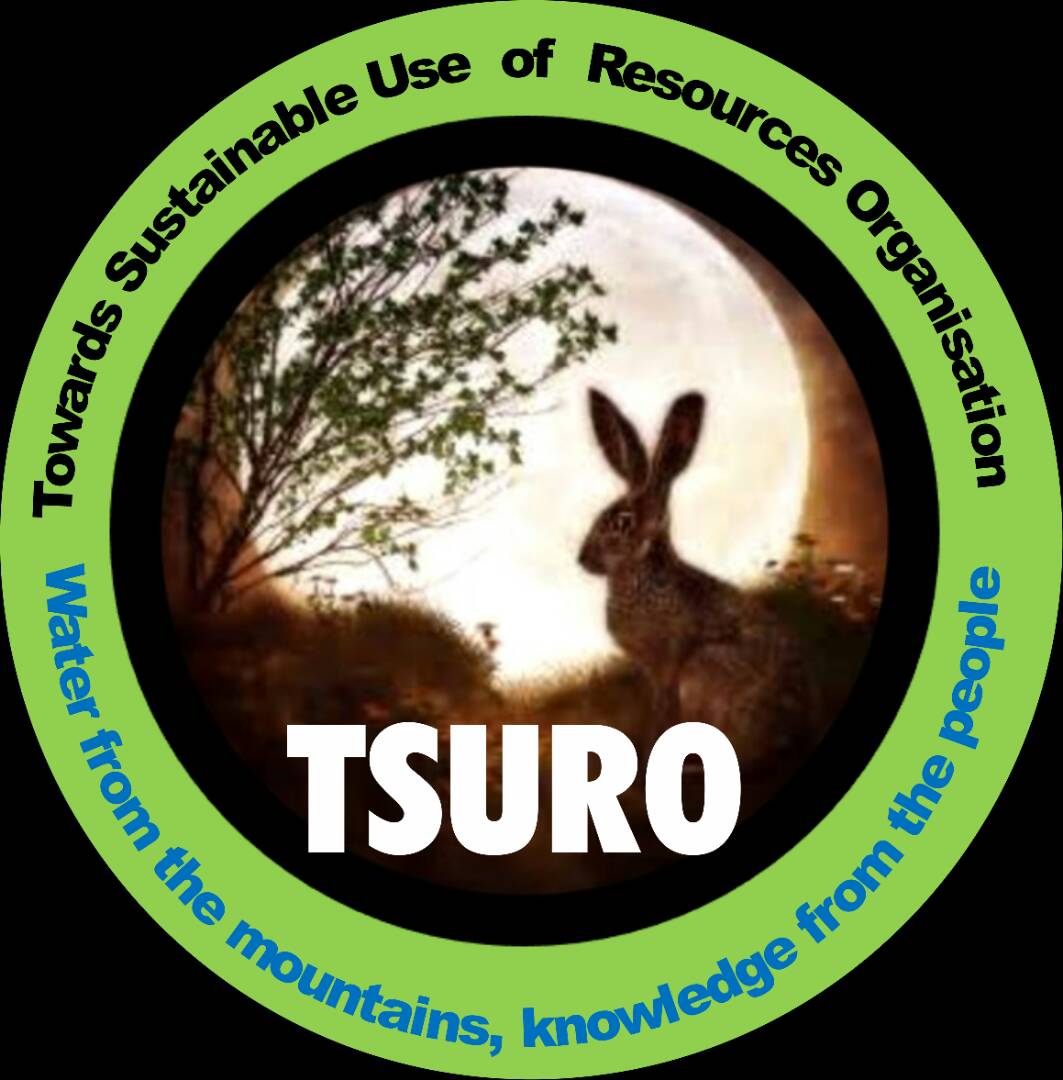 In the Chimanimani District in the eastern highlands of Zimbabwe, four villages are working towards regenerating their landscape. Saurombe, Tomeke, Zihuu and Chibvuma villages consist of 236 households with an estimated total population of 968 people. The project area covers 2201 ha and include mountains, grazing, crops, forests, rivers, residential areas and gravel roads. The people from these four villages are called the Varombe and Chief Saurombe presides over them.

The villages are supported in their efforts by the local organisation, Towards Sustainable Use of Resources Organisation (TSURO). TSURO staff provide facilitation and agroecological expertise and training to the communities. 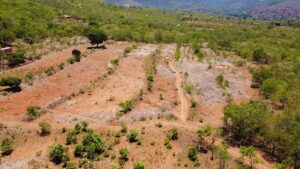 Why regenerating this landscape in the Chimanimani mountains?

The Varombe people were driven from the fertile Charter Forest area in the 1950’s by the colonial government and settled where they are now, where the soil is less fertile and the surfaces rocky and sandy. Saurombe is in Zimbabwe agroecological region 3 which receives 700mm of rain annually characterised by mid-season droughts and sporadic floods. The area was severely affected by Cyclone Idai in March 2019, and this tragedy exposed the vulnerability of the area. 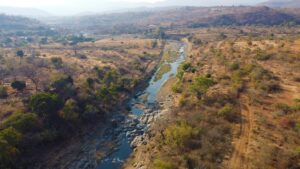 Two streams, Zhombweni and Chidirira flow through the community, while two perennial rivers Nyanyadzi and Biriiri form the northern and western borders of the Saurombe community territory. Cyclone Idai caused both Nyanyadzi and Biriiri Rivers to overflow their banks, sweeping riverine trees and farmers’ fields/gardens, and in some cases changing the course of the rivers and creating huge gullies running right through villages. Vital infrastructure was also destroyed and many lives were lost. 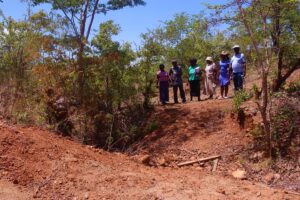 The landscape challenges within Saurombe community include: gullies on the landscape, water scarcity, human-wildlife conflict, shortage of pastures for animals, some indigenous trees are getting depleted, sparse vegetation, soil erosion, overgrazing, crop failure due to droughts and inadequate nutrition in the community.

It is important to restore the landscape and river watershed damaged by Cyclone Idai and for people to work together and engage with government and business for support to jointly regenerate and rebuild the area and the communities.

What is the vision of the Saurombe AE Landscape Project?

An in-depth consultation with the communities and stakeholders to assess their interest, was followed by a participatory visioning and landscape mapping process held at community level. In addition to participatory mapping, the process included: an introduction to Participatory Action Research (PAR); a transect walk; stakeholder mapping and analysing the policy environment. The mapping identified existing features and their connections within the landscape. At the end of the process the Saurombe communities developed a long-term vision for up to 2030.

For the Saurombe communities it is important that governance of their natural resources and environment is based on traditional leadership and knowledge. Through community dialogues they have been documenting the area’s traditional rules and bylaws on harvesting of trees, veld fires, sacred places as well as planting and harvesting rituals. 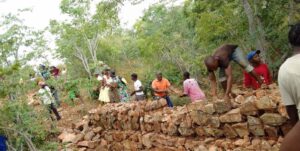 Some of the proposed actions include: soil erosion control, water harvesting, contour ridges, reafforestation and adoption of agroecological farming practices. This will require to actively promote agroecology in the fields of farmers, ensuring that jointly their farms form a buffer against further degradation of the ecosystem. A next key step will be to create by- laws to govern the restoration of the riverbanks and the use of rivers by livestock. As a result of the cyclone damage, the rebuilding of important infrastructure by the community is also seen as a priority.

What is the process towards realising this vision?

The first step was community dialogues in all four villages to include and prepare everyone in the community for the process. The Participatory Landscape mapping process that followed resulted in a vision, baseline and workplan. Dialogues and training workshops were held with the communities and important stakeholders to develop an understanding of what landscape and ecosystem management would require from them. 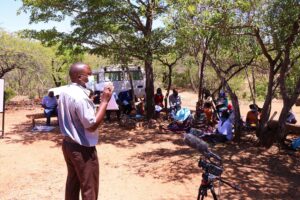 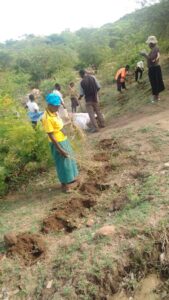 Farmers were trained on soil conservation and water harvesting, constructing swales and producing biofertilisers. Fodder grass was planted to improve the rangelands. A tree planting nursery and community nutrition gardens were established. The community rebuilt a footbridge that was lost in the cyclone. They have started reclaiming gullies.

The strategy these communities chose is to use community facilitators selected from the target villages (one per village). The role of the facilitators is to mobilise communities, facilitate activities and monitor and report on activities. The facilitators work with traditional leadership and other existing structures related to natural resources management such as climate change action groups (CCAGs) and work and bring aboard other key stakeholders. Training on holistic livestock management practices is an important next step and this is expected to be challenging because of competing interests in the community. 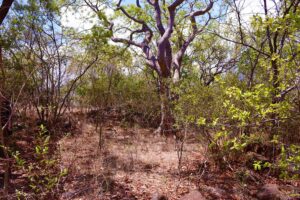 What have we learned so far in the project?

Strong governance ensures that agreed plans are implemented, that rules are set and adhered to, and there is social justice in the execution of planned activities as no one social group is overburdened with work more than others- burdens and benefits are shared equitably. Traditional leaders always play a key role in enforcing bylaws regarding natural resource governance. Much as we want to fix ecological degradation, we also need to pay attention to improving weak governance systems.

The participation of marginalised social groups like women and youth are the most critical – without them it is difficult to implement. Stakeholder involvement changes over time, so plans need to be flexible so that more people feel included. Working on landscape level should evolve organically and be seen as a fluid process, opportunities and challenges that arise unexpectedly can change the priorities.

Resource mobilisation on community level is very important and reminding people to focus on what they have rather on what is not there. It is always important that communities own the process and are reminded that they are owners of the landscape and the resources.